Karen and I went out to the Telluride Bluegrass Festival -- the greatest fest in the world for the progressive side of bluegrass, i.e. newgrass -- three times in the 1980s. The fest began in 1974 basically as a party for a few local 'grass bands and some hippies. The second year of the fest, New Grass Revival headlined (when the band comprised Sam Bush, John Cowan, Courtney Johnson, and Curtis Burch), moving it from a fun party to a legit fest that grew as NGR grew and got their music buddies to make the trip, soon snowballing into a hard-to-get-to Mecca for the music. Since the second edition (with Bela Fleck and Pat Flynn having replaced Johnson and Burch by then) of NGR ended in 1989, Sam has continued being the “Mayor of Telluride” each year at the fest.

After 25 years, we returned to Telluride this past summer (2014) for Sam's 40th anniversary at the fest (41st year for the festival overall). And even if most everybody was excited about Sam’s headline set, and John Cowan's set, and Bela Fleck's various sets, among the mainly 20-somethings we talked to (like we were in the 1980s), I ran into NOBODY who’d ever even HEARD of New Grass Revival. My god, did I feel old.

We were there in 1987, '88, and '89. Two of those years we drove from Denver, and one year we flew into Grand Junction. Driving around southwestern Colorado is a destination trip in itself. Especially for us Chicagoans.

1987 was the year Strength In Numbers was sort-of born in Telluride (as the Telluride Masters if I remember correctly). They were the greatest “super group” in newgrass history -- Sam Bush, Bela Fleck, Mark O’Connor, Jerry Douglas, and Edgar Meyer. Their one gig before that was as “Edgar Meyer and Friends” at the 1987 Nashville "Summer Lights" festival, a set arranged to promote Meyer’s 1986 debut release, Unfolding (an absolutely staggering masterpiece, a peak of newgrass/new acoustic music), which is where the quintet first came together in the studio. In 1988, I recall they were dubbed the Telluride All-Stars, and after that they recorded their one-and-only “official” album (The Telluride Sessions), and gave themselves an actual name. So in 1989 they played Telluride for the third time, had a CD out, and were called Strength In Numbers. They wanted to simply be called Telluride, but found out a band somewhere already had that name and didn't want to release it. Hence, SIN.

1989 was also the final year NGR was in existence (right up until opening at the New Years Eve Grateful Dead show in Oakland, which was their farewell performance). 1987 was the one year John Cowan wasn't there as he was getting clean and sober, and the remaining three members cobbled together a great set as New Grass Revival, or as MC Pastor Mustard (AKA Dan Sadowski) introduced them, "The New Grass Sorta Revival." Sam was initially inclined to simply scuttle the NGR set but was talked into not breaking the every-year chain, putting together a different sort of show. Edgar Meyer took over bass duties, Sam-sung songs were featured (including rarely heard numbers like Last Letter Home, from his first solo album), and things from others’ solo albums, with Alan O'Bryant and others helping out on vocals. In other words, a real treat. So the next year, 1988, was notable in that it welcomed the complete NGR back to Telluride (among many other reasons), for their second-to-last time.

So a couple of first-hand bits of Telluride Bluegrass Festival history for ya. 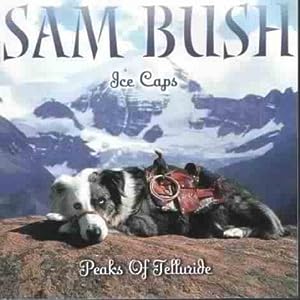