What better time than the holiday season to think about food, especially cookies, Christmas or otherwise.

Our severely autistic son Ben has never met a cookie he didn't like. Recently he spotted one on the ground in a pa...

This might sound familiar to regular visitors since I've written about things like Ben's "juggling" before - but not for Huffington. A little bit of lighter stuff for the holidays -- and I hope they are good ones, or at least as de... 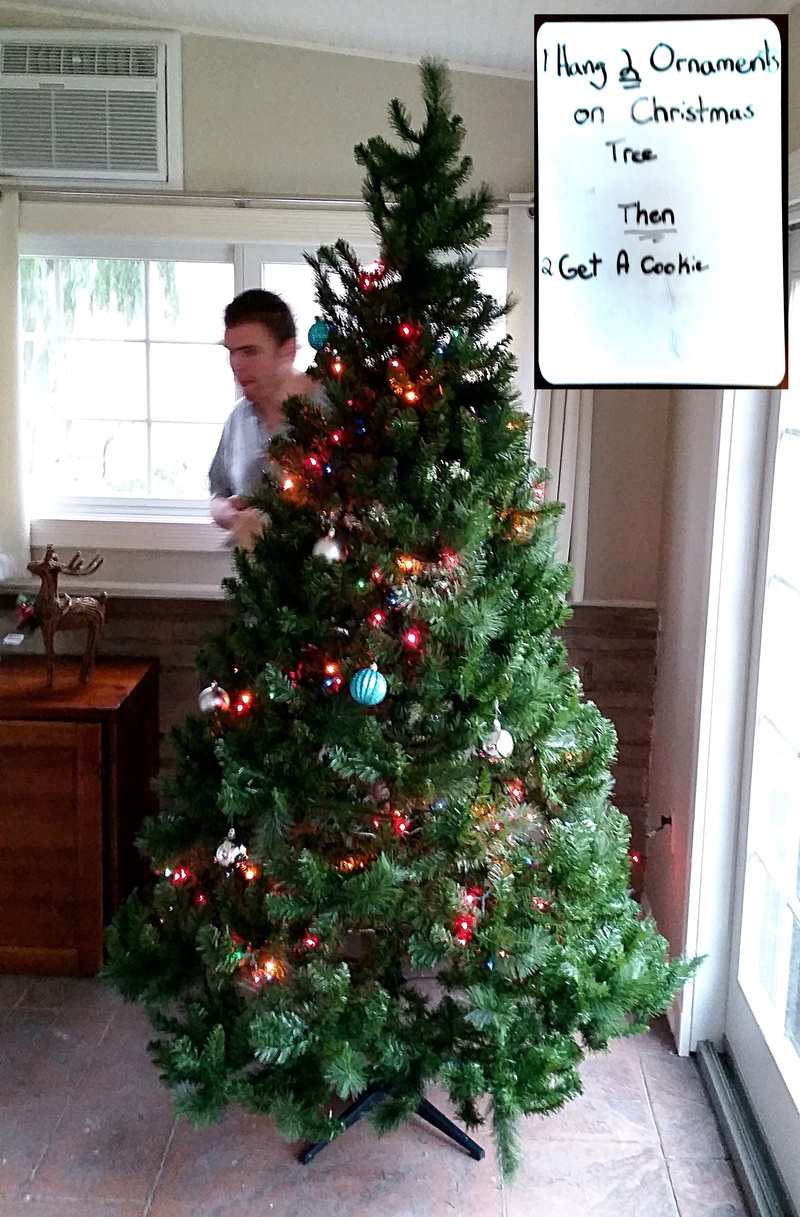 The day I realized Ben was autistic, we sat on the floor as he sta... 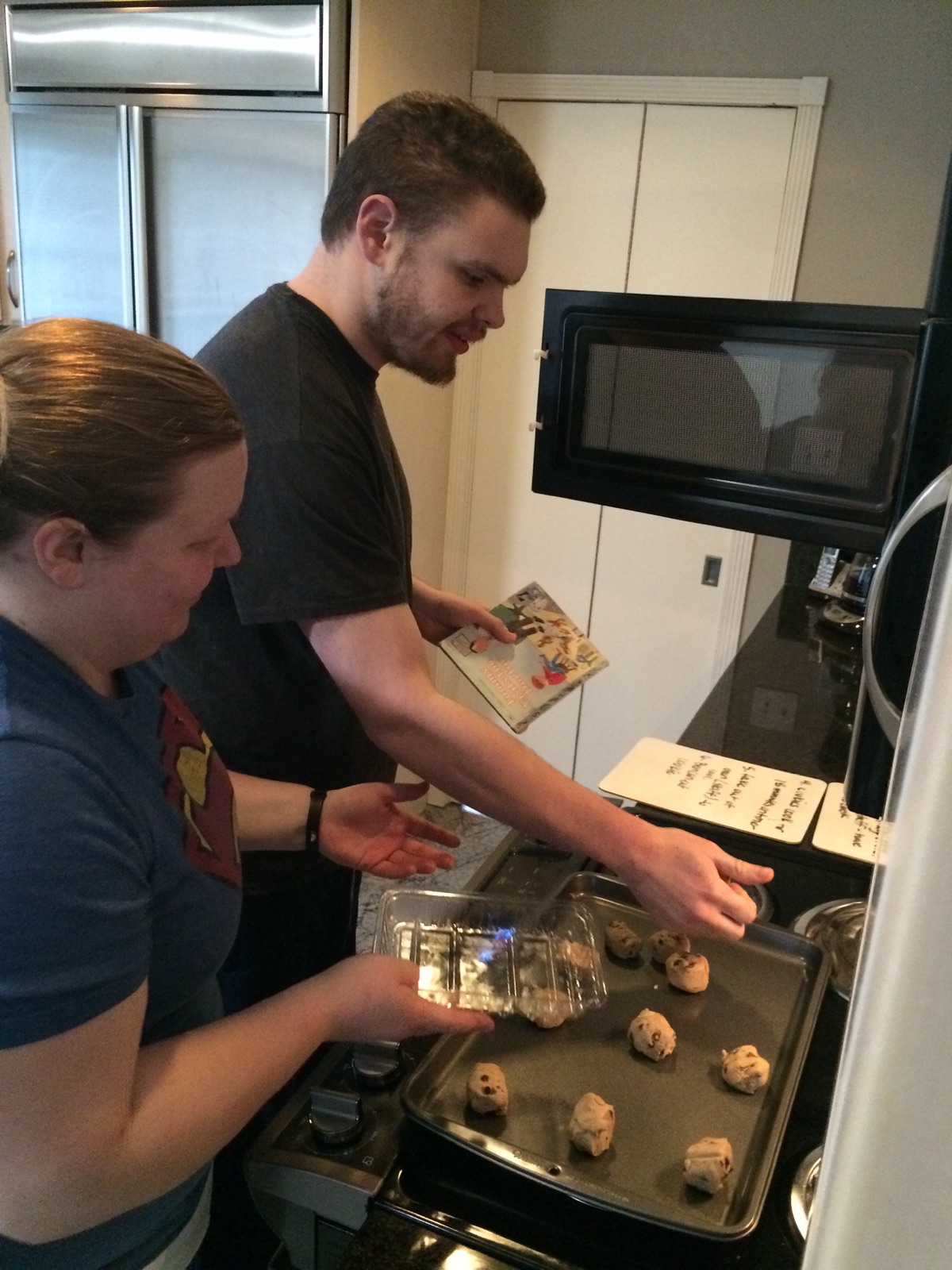 Michelle helps Ben bake cookies as he demonstrates a degree of delayed gratification we never could have imagined! Thanks to Ben's house for the pic. And notice, as with every picture ever taken of Ben, one hand is holding a book (and probably not a cookbook). Ben owns many books, and he is constantly s...

Not that anybody needs any personalization to reel at the horror of the Paris insanity, but I just read that attackers targeted the disabilities section at the rock concert, blasting away at people in wheelchairs. If Ben had been there, that would have been his section. Ben's twin brother, Jake, is a long-time death metal lover and concert-goer, and if he had happened to be in Paris, there is a great chance he would have been at the event. I am trying to shake images from my mi...

Our Son's Love of Music Shines Through His Severe Autism

Another Casualty of Severe Autism: Sex

Sitting on a crowded commuter train, looking at a recent photo of Ben as he reaches for the camera, all of a sudden I am seriously struggling to hold back tears. That sweet and handsome face that expresses his even swee...

Men With Autism Are Not the Killers, They Are the Victims

Guns, god and abortion are three issues I rarely argue about any more because it's a waste of time. If people are in agreement about any of those, they're preaching to their own choirs. As for t...

I'm happy to be, as of today, one of Huffington Post's bloggers, starting with my response to John Robison. Now I'm even harder to avoid!

As the old saw goes: Write what you know. 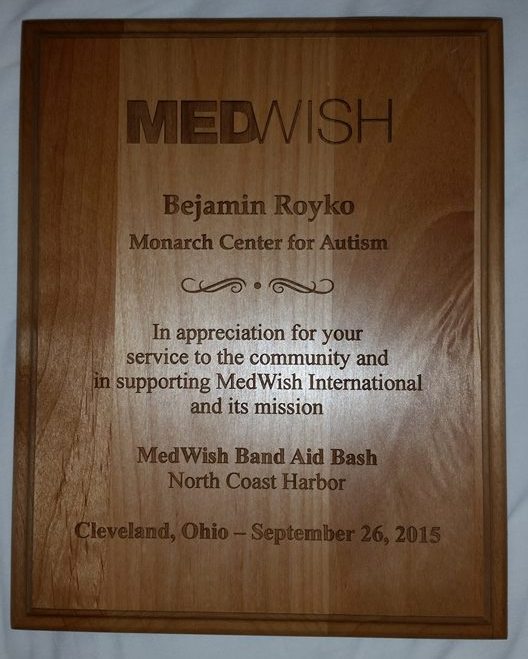 MedWish International is an exceptional Cleveland-based non-profit dedicated to retrieving, recycling and reusing medical supplies (and what better city for that?) for countries that desperately need them. Monarch Center for Autism and MedWish work together (as MedWish does with a number of organiza...

The plan was, yesterday, Ben heads from Cleveland back to Chicago to see family that he hasn't seen for three years, we spend the night in a hotel, and come back to Cleveland today. (We are STILL in the process of working out Ben's adult services residential situation, but can't really talk, er, write about any of it yet.) Ah, autism! Soon after seeing everybody, Ben was ready to get back in the car and come back to Cleveland. It was becoming clear that it could get bad. So, ti...

FINALLY FINALLY FINALLY, some substantial information/research insight into the nightmare of sleep(lessness) and autism. It's a start. Sleep problems are one of those parts of family life with autism that many parents will tell you is one of the most nightmarish (no pun intended) aspects. Karen went almost 13 years without one - literally, not ONE - solid night of sleep that added up to more than 5 hours (at most, usually less) and even those few hours were interrupted. Sleep d... 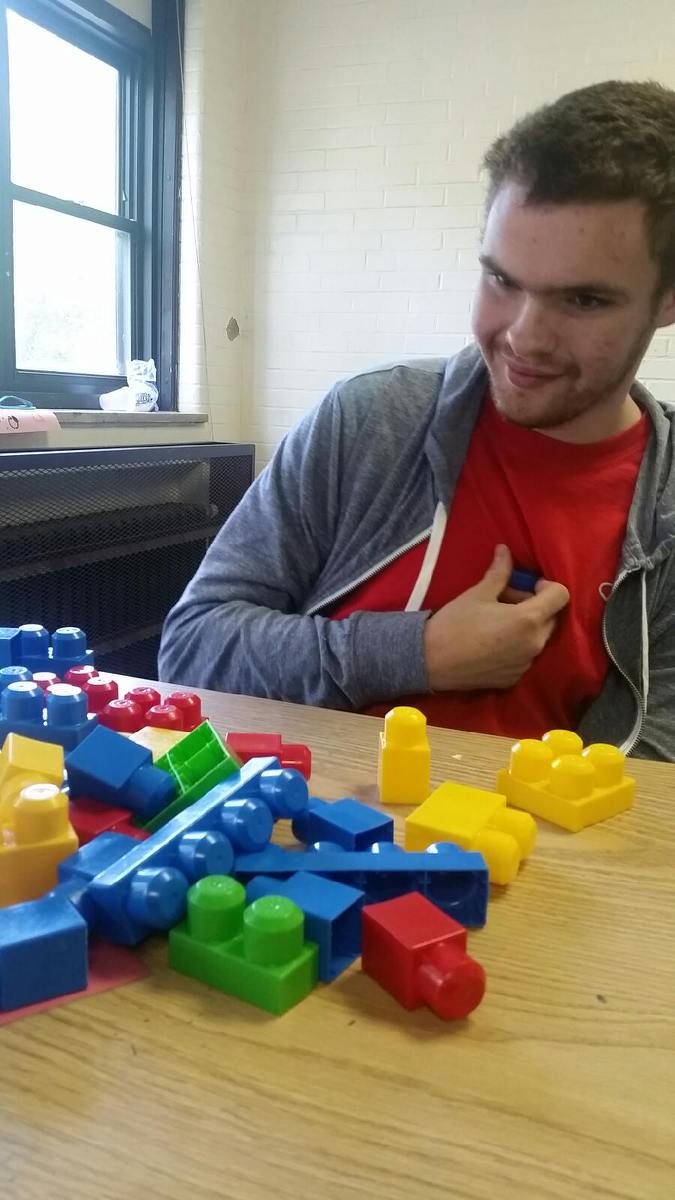 A thousand "thanks" to Sarah in Ben's cottage for this one, of Ben surveying his Duplos last week. Has there ever been a cuter smile?

We don’t get attached to cars. In fact, since we usually hold onto our horseless carriages until they’ve de-evolved into trembling metal melanges awaiting a merciful junk-yard afterlife, we...

Starbucks people are just trying to be friendly, I know that.

Even for a Monday morning, I was feeling more tired than usual. The chirpy barista clearly wasn’t.

I hate it when strangers behind counters ask me unnecessary questions.

“Are you a guitar player? Are those from playing guitar?” She was asking about the bandages on three of my right-hand fingers.

We're still some weeks away from Ben's adult placement situation being finalized (and my being able to write about it). For now, he is still in his Monarch cottage in Cleveland on a limited, temporary basis.

Ben isn't non-verbal, but functionally, he is minimally verbal. He can make simple requests or express something in a few words, almost never a complete sentence.

Happy 22nd Birthday Boys! Ben remains in Ohio while we continue to work on the rest of his life. Nothing to report yet, but we're busy. 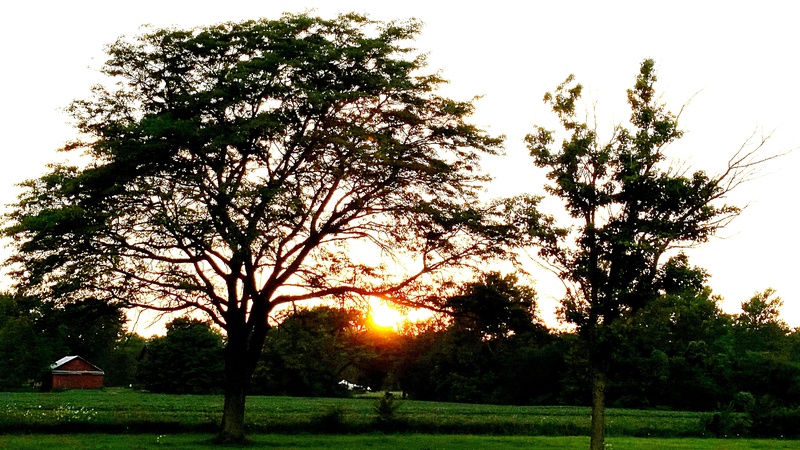 Today, Ben begins his final week of being 21. All the effort and action so far has lead to nothing yet decided, nothing known. It feels like mountain climbing in the middle of an avalanche.

At this moment, Monarch, Ben's home for the last 4 years, truly seems like heaven to me. And being here, watching Ben lope around his cottage in confident, comfortable happiness, surrounded by his surrogate - and wonderful - Ohio family, on our last visit (next time we are here it will be to bring him back to Illinois), feels like a living hell. No words.