Jerry Seinfeld has said he thinks he has autism. High functioning, yes, but on "the spectrum."

When I was in grad school en route to being a licensed clinical shrink, and even earlier when I was taking an undergrad abnormal psy...

A huge issue in autism right now is:

Who gets to define "community" when it comes to where adults with disabilities live and work?

These days, “community” is being redefined in the narrowest terms. As our friend, Gene Bensinger, writes:

In fact, I posted something to Facebook on my ride downtown, not something I usually bother with at 7:00 AM:

“Two very loud and idiotic women in my train car this morning ‘conversing’ at full volume, loudly laughing at such witticisms as, ‘Oh my god I'm so glad you... 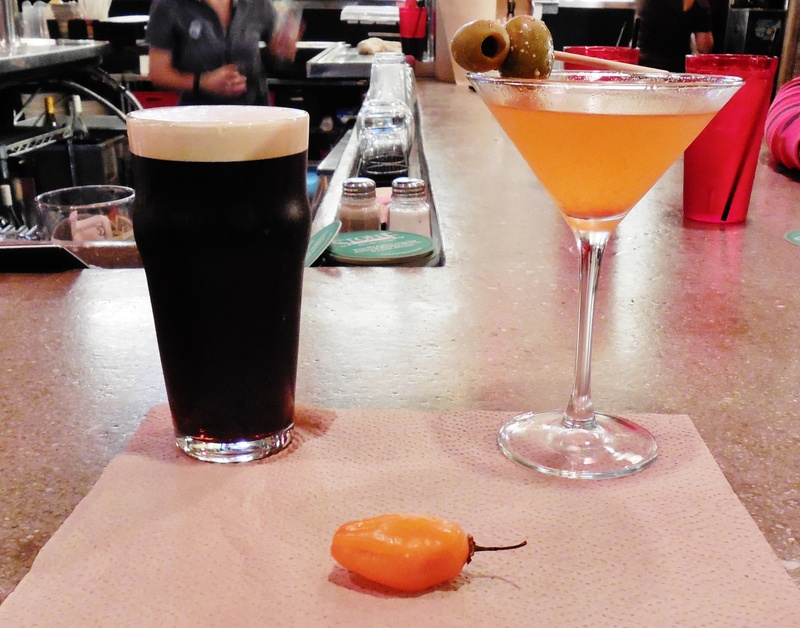 I've never posted a pic of food to Facebook - until this one. Nothing against it, just not my style since I'm usually too impatient to delay gratification enough to snap anything but my jaw. But here is my first. The tale...

The B-Spot in Woodmere, a suburb of Cleveland near Ben's suburb of...

Five Guys and Our Guy

We saw this today, a post by blogger Erin Polk, about how welcoming and helpful their local 5 Guys Burgers is for her son with autism: http://themighty.com/2014/10/a-letter-to-our-favorite-burger-joint-from-the-mom-of-a-teenager-with-autism/

We agree, and have had the same experience with Ben's local 5 G...

Ben, as is the case with many people with autism, loves deep pressure, or squeezes as he calls it. He loves laying down and having me (6'5", and, ahem, not skinny) lie completely on top of him, my dead weight creating what for most people would be a claustrophobic nightmare. He also frequently requests squeezes by saying, "On my back please," which means standing up and giving him a bear hug from behind, as tightly as can be and, if possible, lifting him off the ground. While I... 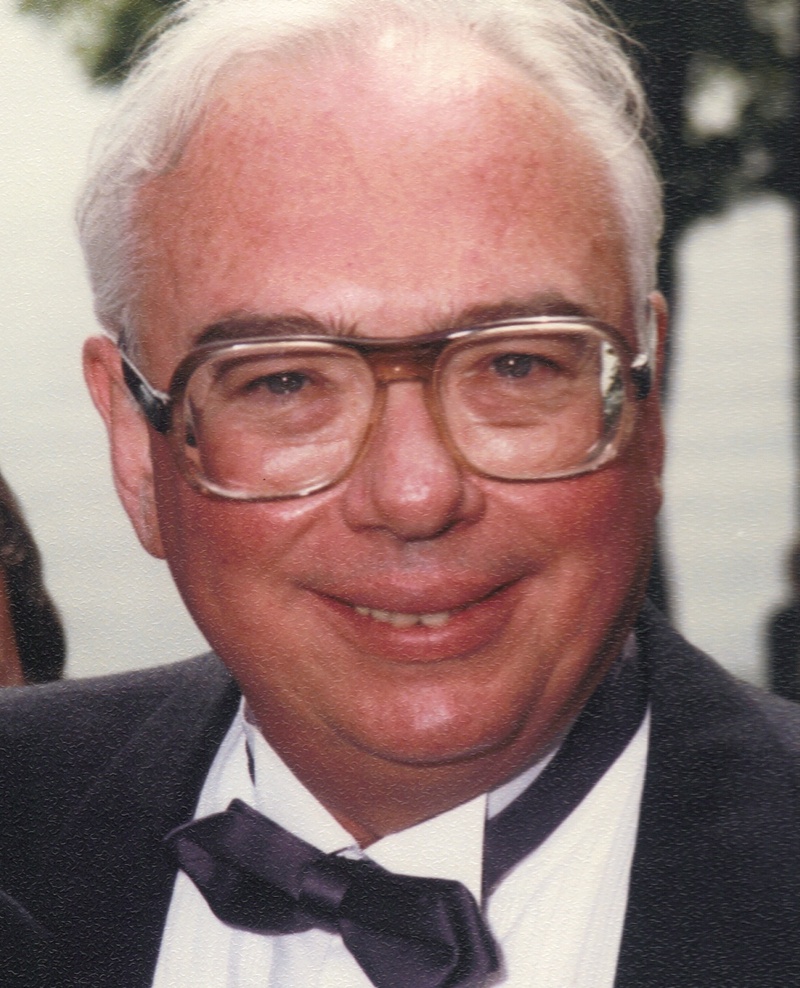 Horrible times for the family at the moment. After having his third gallbladder attack in several years, Woody, Ben's maternal grandfather with whom we've been living for the past 18 months, checked in to have it removed three w...

I know I've said things like this, as have many in our shoes, but I like the succinct sum-up Karen Vano, a member of the Facebook group, "Extreme Love: Raising A Child With Severe Autism," posted this week (reproduced here with her OK):
---
I think a big part of the issue with autism is that there are too many people with different ideas of WHAT is needed. Those with High Functioning Autism want the money for "awareness and acceptance of their differences," and we [f...

We have begun our fourth and final year at Monarch (Ben’s funding will end on his 22nd birthday in July). We don’t like to think about it.

So we’ll think instead about the visit we had this past weekend. It held a bit of a revelation.

Ben’s very, very, veryveryvery particular about his food, and one way he is no different from so many of us neuro-typical g...

As of yesterday, our clock is ticking.

For Jake, after a favorite dinner (Wildfire for ribs), we went home where a bunch of his friends came by for cake and revelry, and it was what a 21st birthday should be (and more – the peanut butter chocolate birthday cake, whipped up by Bubbe Florence, surpassed anything you’d fi...

As we've mentioned before, a big Ben mystery is how he perceives and responds to pain. The latest: He started limping this week, getting worse each day until yesterday, when he couldn’t walk without bracing himself on tables or countertops.

We’re told he enjoyed at least some parts of the ER visit, especially his bed being wheeled around for x-rays. Which showed a stress fracture in his foot. He also has cellulitis in his leg....

This blog posting by a father with a son with autism is a year old but I just discovered it (thanks Reece Pendleton). It speaks for many of us with progeny whose lives have been destroyed by this nightmarish condition. And I give less of a rat's ass than he seems to about certain people's negative reaction to people and families like us who HATE HATE HATE severe autism (but I suppose there are people out there who also embr...

The Ben Blog’s gone a bit quiet lately, as the past couple of months have been a real ordeal for Karen. In March, she had a pulmonary embolism (a blood clot that traveled from the leg and lodged in the lung). Complications from the treatment lead to seven trips to the ER, several hospital overnights, a blood transfusion, intermittent fevers, countless blood draws, a month of missed work, exhaustion, and a slow road back to feeling halfway decent.

UPDATE: I received a call from a friendly and apologetic person from the Skyway company on Monday, May 19 (seventeen days afterwards), who agreed that the situation was mishandled, and assured me that it would be discussed with the employee.

Some version of this warning is visible on many highway toll booths, no explanation necessary...

This apparently ran this past weekend when I was, not ironically, with Ben in Cleveland. For those who (like me!) are not paying subscribers to the Trib's book review section (Printers Row Journal), I've pasted the review below, with a link after:

Sometimes I’m struck by the irony that most of our world has become very, very aware of autism, except, from what we can tell, Ben himself. Or the thousands like Ben, with severe autism. Actually, we really don’t know Ben’s level of awareness of his different-ness, but every speck of behavioral evidence tells us he is, fortunately or unfortunately, clueless when it comes to autism, his own or in ge...

Virtual Road Raging – An Occasional Distraction from Autism
~
After three years of bi- or tri-weekly (actually, weekendly) 12-hour round trips between Chicago and Cleveland, some very brief observations of rolling metal containers and the blood-pressure-spike-inducing cretins controlling them (myself included).

Part 1 of who knows how many.

Neither Snow Nor Rain Nor Whatever Else

After almost 3 years of nearly flawless drives that managed to dodge the bad winter weather already legendary along our Chicago-to-Cleveland route, especially in this 2013/2014 season of shattered rotten records, I was afraid that the Wheel of Karma wanted to lay some tire tracks. The weatherpersons were predicting a "wintry mix" would follow us overhead the whole way. And the weatherpersons were right, but it wasn't bad.

As soon as Ben climbed into the car Saturday af...

I’m usually the hard-ass (marginally) when it comes to Ben and food (I’d get Ben a double cheeseburger at Wendy’s if I weren’t following him around the place while Karen orders…a triple; when he’s getting a cookie or candy bar, I’ll try to keep it to one while Karen is cool with him grabbing three, so we usually “compromise” – three).

As Karen went into a drug store to get some stuff, I told Ben as he perused ...

Today we happened upon a blog posting by a waiter describing an encounter with a stressed Mom and her offspring with autism, and it was a terrific example of (a) a waiter who sounds like a genuinely good guy, and (b) the relatively supportive world we now live in, post-autism awareness. (To The Woman And Child Who Sat At Table Nine… By theantijared)