And Speaking Of Autism...

One of Ben’s lifelong and frequent stims is cupping his hands over his face with fingers wiggling: 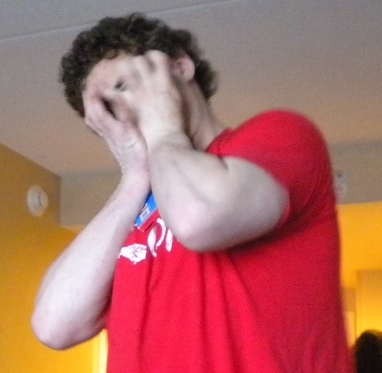 It is one of those things that we weren’t crazy about years and years ago and tried to discourage but have simply gotten used to. But today it occurred to me that I’m not sorry we failed. Way back when, we might’ve wanted him to stop because, well, it made him look so autistic. But he IS so autistic, and at this point, I think it isn’t a bad thing in that it lets strangers around him know. There’s less potential for misunderstanding because, at first glance, he otherwise doesn’t necessarily look so “different.” In a world where people have been killed for reasons that have more to do with misjudgment based on appearances, his stimming can come in handy.

Think the explosion of autism is mainly based solely on changes in diagnostic sensitivity and/or criteria? Absolute BS, period. Another couple of pieces of anecdotal evidence: Today, Ben brushed up against a woman waiting in line at a shoe store, as he often does. I said, “I’m sorry,” and she said, “Oh, that’s OK.” I said, “His sense of personal space is, um, different.” She chuckled and said, “My nephew is autistic.” Yesterday, a medical staffer at the Cleveland Clinic hospital where Ben had his dental work done was asking his usual list of questions. As I explained an answer about diet that is usually simple but not with us, he said, knowingly, “My 15 year old son is autistic.” This happens all the time with us. I’ve written about a few such occasions before this one, and they are only the tip of our iceberg. How many people were personally touched by autism when you were growing up? If you’re not a youngster, I’m guessing the answer is very, very few to none. If you don’t believe this is a real epidemic, then I have a bridge to sell you. We need the money for Ben. 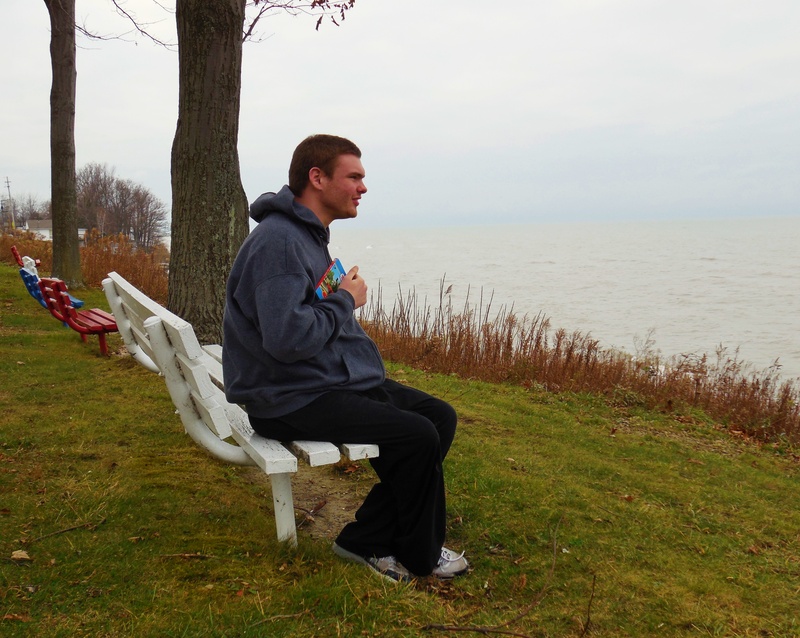 Ben gazes upon an early winter Lake Erie at Geneva by the Lake in the northeast corner of Ohio, November 26, 2014.