Ben and His Next Big Adventure (Cleveland) 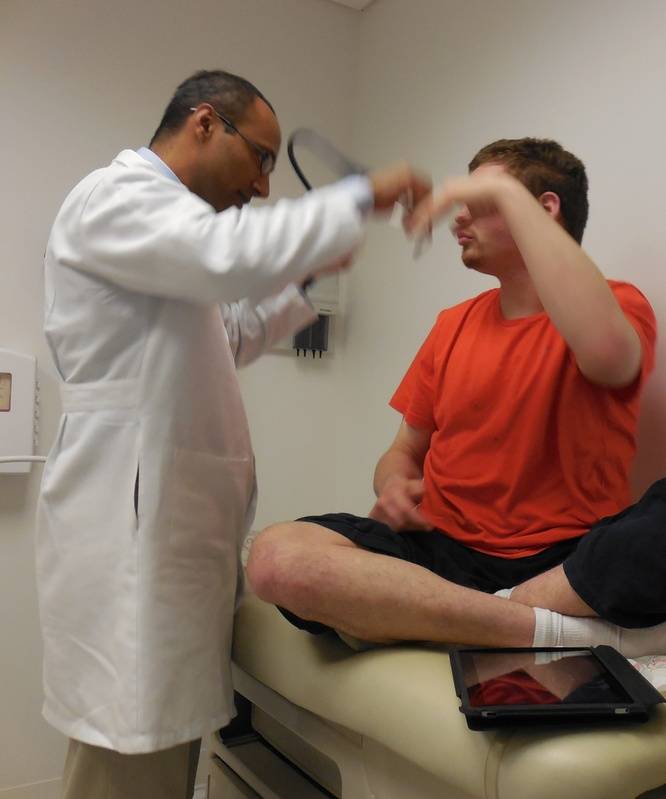 As the doc began pressing on his stomach to begin the gastro exam, Ben immediately reached over and removed his stethoscope and handed it to him to listen to his heart first because, hey, that's what doctors are supposed to do. After listening, the doc was allowed to carry on with the tummy-presses, May 23, 2014.
/