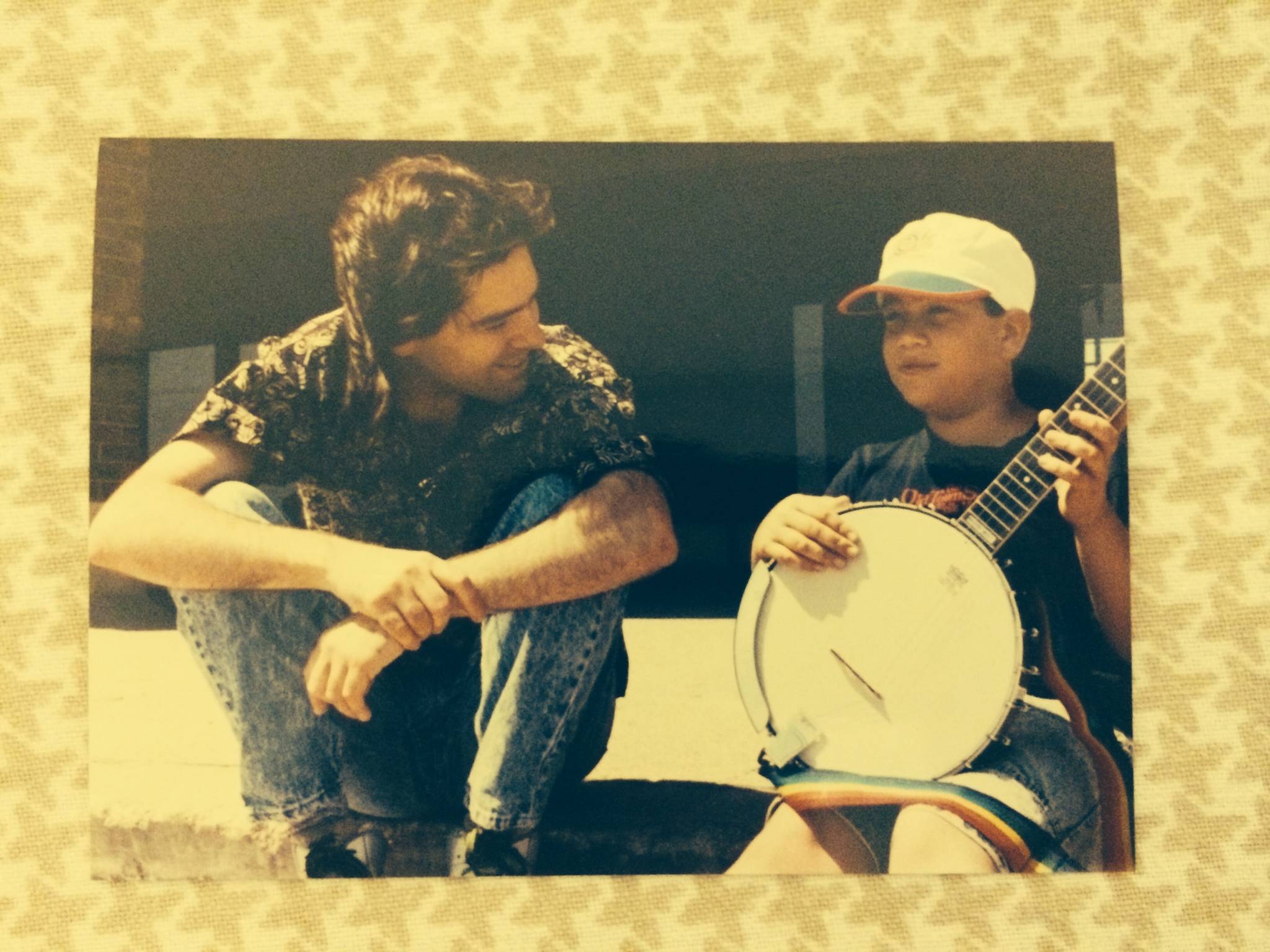 This is a doozy, a truly historic shot, and a huge THANK YOU to Noam for letting me post this pic, taken by his father, Irv. On June 17, 1990, Bela Fleck and the Flecktones played Chicago's Navy Pier for the Flea Market, a free weekly concert series broadcast on Sundays by WBEZ, where 9-year-old future Punch Brother and banjo superstar Noam Pikelny (a banjo beginner at this point) met Bela for the first time (and where I also first met Noam and his dad Irv - they were the only other people at the venue as early as I was). When I saw Noam after the Milwaukee Summerfest show (6/26/15), he told me that he'd just found this in an old album.
/