Family (when I was a kid)

Robby, Dad and me outside the Chicago Daily News building, 1968 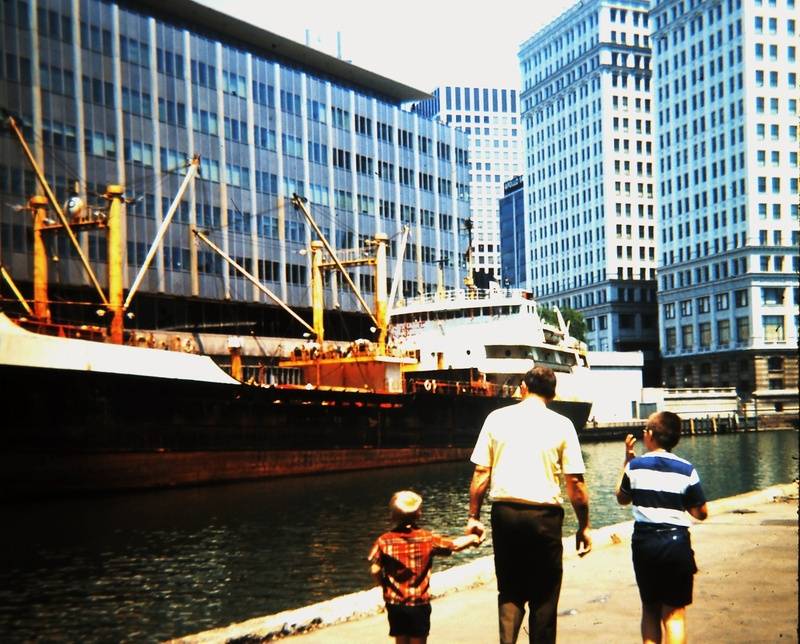 Walking east along the river, across from the old Chicago Daily News / Sun Times building. Dad was in his fifth year as a columnist (9th year at the Daily News altogether), and his cubicle was on the fourth floor in the south-east corner. A paper barge (Canadian) is moored next to the building, and just over the top of the building you can see the not-yet-completed antennas poking up from the under-construction John Hancock building. The Daily News folded in 1978, while the Sun Times is still holding on (as of 2010). The building itself is gone, the Trump Tower skyscraper in its place.
/