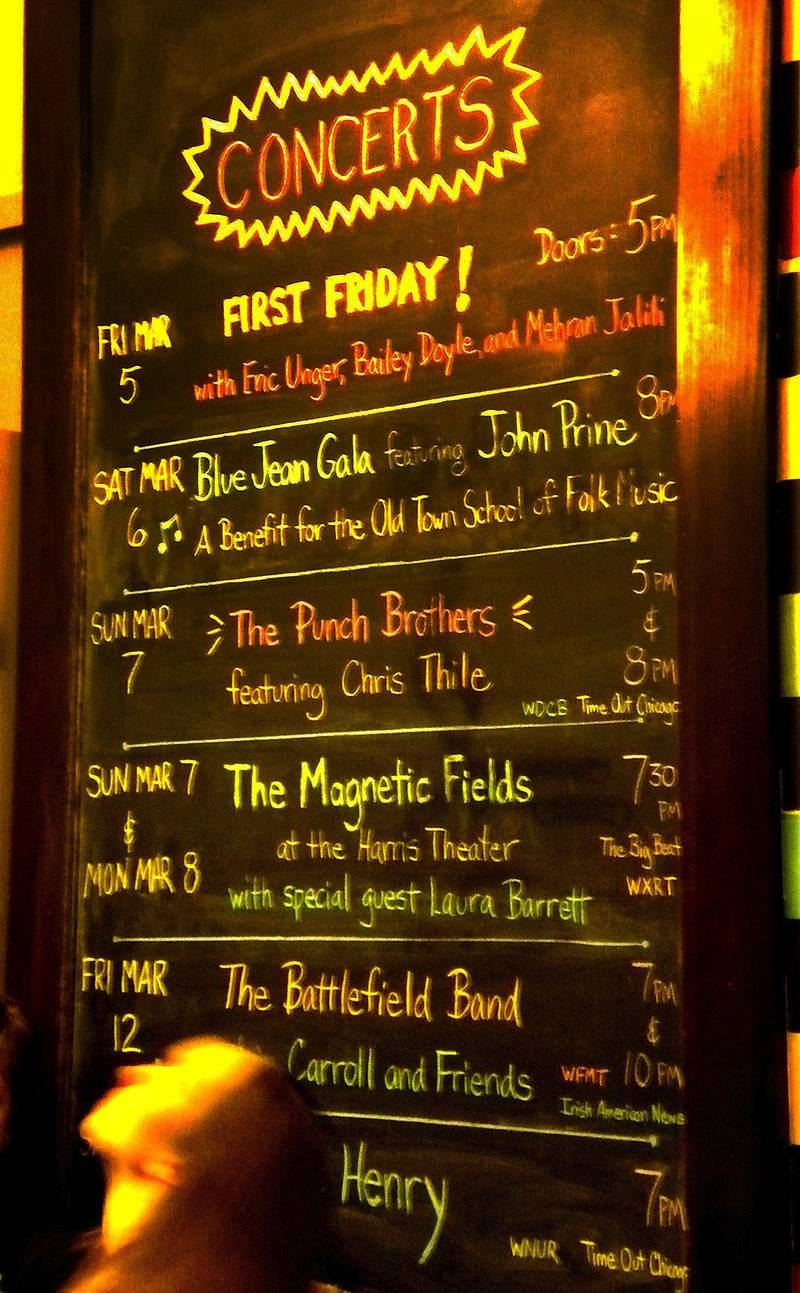 March 7, 2010, the blackboard inside Chicago's Old Town School of Folk Music. We were there for the Punch Brothers, our favorite inglourious basterds, and considering that it was sold out, was there anybody left watching the Oscars??? But as tasty as they were, the highlight came afterward, when Jake wrote down a dozen or so death metal suggestions for Chris...who received them enthusiastically. So who knows? Watch for a hint of death metal influence in the Thile second mandolin concerto.
/