Originally posted to a newsgroup/mailing list specializing in the dissemination of non-commercial live recordings of classical performances, September 15, 2014

A groupmember wrote: "I find that I appreciate [Eugene Ormandy] more these days than I used to..."

Getting to hear many live CSO Martinon performances over the past decade or so has pushed his status much higher in my world. Dean Dixon, too (thanks to this group), though I had so little experience with him prior, that wasn't hard.

The recent Klemperer/Philadelphia upload (in amazingly good stereo) of Beethoven/Brahms/Schumann was also a huge pleasure, but not in any revelatory way. More like a warm and comfortable, even nostalgic, bath. Yes, these are overall somewhat slow performaces, but intense. If you know the younger (relatively) Klemperer, his earliest recordings put the lie to the idea that he was always slow and granitic. He did slow down in old age (maybe due in part to horrendous physical injuries), but the intensity that was so obvious when younger was usually intact later, like here. And this was pre-HIP [historically informed performances] -- those Philadelphia strings don't hurt, either! And speaking of those Philly strings...

Ormandy is someone I have never considered a great conductor overall. His performances of classical and romantic era music have always struck me as uninteresting, under-characterized, and lacking in subtlety. I always thought the description of his post-Stokowski tenure in Philly as him being a caretaker of the orchestra Stokowski molded as accurate. They always sounded great, and remained virtuosic. And this did show especially in the area where I really do appreciate Ormandy -- 20th century music. My all-time favorite Prokofiev 5 is his, and some of my favorite Hindemith recordings come from him (his Concert Music for Strings and Brass, for example). None of the recent uploads have altered any of this for me -- boring in standard 18th and 19th century repertoire, but often terrific in 20th Century fare, especially when sonority, balance and/or precision are called for. The Barber concerto with Browning -- excellent. The Brahms 1st that follows -- pedestrian. And the opening Adagio of the live Mahler 10th, one of my favorite Mahler movements -- too fast and homogenous (and he'd lived with it for a while by then), his commercial recordings of it by far my least-favorite of any of the completion-recordings I've ever heard. Profundity was not his thing. Yet that recently-offered live Messiaen Ascension -- glorious, practically custom-made for the Philadelphia sound.

So my 2 cents and thanks again to the uploaders.

A friend responded: "I saw Ormandy once in Orchestra Hall in Chicago. He flew without a score, and even though he had had a stroke, he performed with flawless cuing and energy."

I saw him a couple of times with the CSO too. I remember it being pretty much what I expected. It also might be telling that I don't remember what I heard him conduct except for a Beethoven 9th. Not a bad performance (Herbert Blomstedt with the CSO would be the only 9th I've ever heard live that I would actually characterize as "bad"), all the notes in place, orchestra sounded good, but an interpretation that stretched the definition of that word. 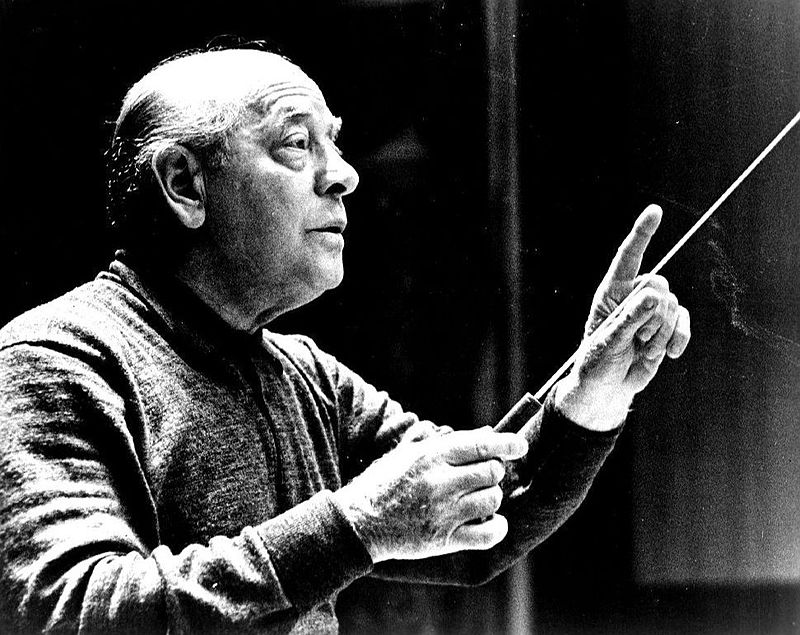